US Visa in Thailand 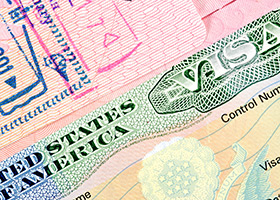 US Visa could be categorized as immigrant and non-immigrant. Classification of visa is based on purpose or reason for travel or people who belong to certain categories or meet the eligibility. To bring your Thai wife to the United States, the following visa types are the available options for you:

Eligible children of K1 visa applicants receive K2 visas. K2 visa is a non-immigrant visa allowing the child of a K1 visa holder to enter into the US and await the availability of an immigrant visa. The child recipient of a K2 visa can reside in the US while waiting for the marriage of the K1 parent and is allowed to study in the US or apply for Employment Authorization. Thai children of K1 visa holder may stay in the US on a K2 visa for a maximum period of 90 days from the date of entry. The marriage of K1 visa holder and the US citizen should take place within 90 days of admission, otherwise the K2 visa holder must depart the US within 30 days since the K2 visa cannot be extended.

Thai spouses with a K3 marriage visa may also bring their children who are under the age of 21 to the US on K4 visas. Eligible children of K3 visa applicants receive K4 visas. K4 visa allows its recipient to stay in the US while immigrant visa petitions are pending approval by USCIS. K4 visa is a derivative of the K3 visa. It means that the Thai citizen (or the foreign-born citizen) can include a child, unmarried and below 21 years old, in the application for US migration. The K4 visa holder can work and study in the US without securing a student permit.

CR1 (Conditional Resident) visa is a provisional permanent resident visa issued to foreign spouses of the US citizens who have been married for less than two years. For the CR1 Visa, the spouse will be able to enter the United States as a “conditional resident”. If you have been married for less than two years when your foreign citizen spouse enters the United States on an immigrant visa, his or her permanent resident status is considered “conditional.” The process takes a year. The CR1 Visa holder can work permanently upon arrival in the US. The purpose of a CR1 visa is to ensure that a foreign national is not simply marrying an US citizen for the sole purpose of obtaining a US immigration benefit. A CR1 visa is lifted when an American citizen and his or her foreign spouse jointly file a petition with USCIS within 90 days of their second anniversary requesting that the conditional permanent resident status be removed.

IR1 Visa (Immigrant resident) is for a spouse of a US citizen that has been married for 2 or more years. This visa has no conditional period of residence which means the spouse does not need to file to have his/her residence made permanent. Upon arrival in the US, the holder of the IR1 is an unconditional permanent resident with the immediate right to work. The spouse of the US citizen will receive green card in the mail 2-3 months after arrival.